My sign or linguistic landscape is on 67th avenue on Queens Blvd, this is from a neighborhood where you can find a lot of Russians or Chinese people mostly. As you can see by the font it is the same for both languages, the languages here are English and Chinese. I don’t see any difference between color in the languages and as you can tell there is a mix of different cultures, the sign to the right says knish which is something that is known to be eaten by jewish people. This landscape can tell us that there are Chinese people around the neighborhood and American people that might like that type of food that they make. I can tell by that because its not only in Chinese language it’s also in English which shows that they want more than their people to come in, they want people to come in and get what they are selling. I would say that there’s no really meaning to the sign that can show who they are mainly focus on because both of the languages are big and good enough to see from far away. There’s a mix of all people but I think that the main ones are Chinese, Russian and American people that live in my neighborhood, as I walk around you can find many different stores that can show you what the neighborhood is filled with. Mostly Russian restaurants and stores are filled up over here but you can still find other places that are from different cultures.

The neighborhood is more than just signs because there’s places that are for everyone its not focusing on that one ethnicity such as the big brand name resturants and clothing stores. I feel that my neighborhood is full of many cultures but based on what I see its mainly Chinese and Russian people, they have many stores around where I live. Another factor can be the cars that I hear in my neighborhood, all the Russian people seem to have all the new cars and you know they are new is when you can hear them roaring in the background when you’re walking.

Linguistics Landscapes are all around you when you go on the train or even when you walk around. The signs can show you many factors in the neighborhood, as seen in my landscape it shows that many Chinese and Russian people live in my area. 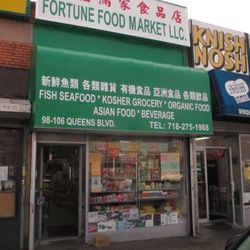 Q1: Is my essay clear and a good understanding of the neighborhood?