Apples, Peaches, and Mangoes: Showing Care & Being Aware for DACA 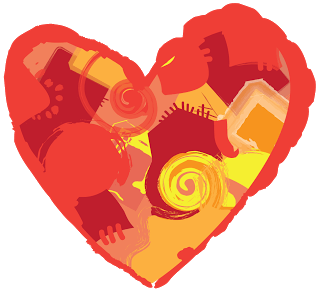 Before teaching college composition, I taught middle school students in English language arts and social studies. As a NYC Teaching Fellow, I learned several models of inclusive pedagogy in order to teach students with individualized education plans. I have come a long way throughout the years in learning to see the complexity of Common Core-aligned learning objectives and to identify the discrete skills and content that I would need to teach students in order to meet these objectives. I learned the art of “chunking material,” of breaking down an assignment or task into a series of smaller, more manageable steps. In addition, I have learned to seek, modify, and create a graphic organizer for just about any task. One could say that I am a strategies expert, but building inclusive consciousness, much like building multicultural consciousness, is an iterative, recursive process.

Reflexivity is the cornerstone of any shift in thinking and behavior. As a qualitative researcher in urban education, I am learning to be cognizant of how my presence and my values impact all aspects of research. All content, methods, and data are mediated by our perspectives and our interpretations. Teachers are also researchers. We observe, assess, analyze student data, and adjust our strategies according to student needs. Of all the teaching strategies that I have acquired, by far, the most impactful ones have been showing care and being aware.

I show care by addressing students by their preferred names and gender pronouns, by praising their contributions, by providing necessary modeling and scaffolding, by sending follow-up emails for late assignments, by being warm but firm. I show that I am aware by listening actively, by checking for understanding and clarifying confusion, by making connections with popular culture, by referring to current events. By now, you may have noticed that showing care and being aware are intertwined. One can not exist without the other.

Sometimes, students do not readily make personal connections, and they need our support in helping them to do so. Sometimes, students are too preoccupied with personal obstacles and world events to focus on anything else. This is normal. We’ve all been there. Recently, both scenarios occurred among my students, and I needed to reassess and regroup in order to repair student engagement.

As I shared in a past blog post, the theme of our Composition I course is the migration experiences of African-descended people in NYC, with a focus on African American and Caribbean American communities. Our readings of poetry, personal essays, short fiction, and scholarly articles have examined issues of migration, immigration, relationships, stereotypes, gender, language, and class as they intersect with African-descended identities. Despite the diversity of topics explored, I was surprised to read in more than one student reflection feelings that they did not have any personal connections with the readings because they were not Black. Hunh?! In addition, one student told me that all he could think about in class were police brutality and increased racism. Another student missed class because she had to pick up family from the airport whose homes in Puerto Rico were destroyed by the hurricane. Weeks had passed before they were able to make contact. I could clearly see how white supremacy, settler colonialism, and xenophobia connected our readings with current events, but my students did not share my perspective. I had to reassess class activities and find a way to make them more relevant and relatable to my students’ lived experiences. 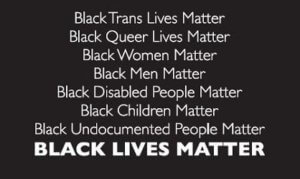 I regrouped. I decided to cancel planned student presentations and devote a class session to undocumented youth and the effects of ending the Deferred Action on Childhood Arrivals (DACA) executive order. I began the session by sharing that DACA affects me personally because one of my former classmates was undocumented. His name is Timi Wusu, and his story has been shared in the news on different outlets. I showed them one short video from The Root. We watched it twice. Our goal for the first time was to get an understanding of Timi’s story. Our goal the second time was to take notes on Timi’s background, his discovery of being undocumented, and how it affected his life. Timi was a scholar-athlete at Stanford University, played in the NFL, and is currently a medical student at Harvard University. He is also a doting husband and father. He is Nigerian American.

For the second activity, we read a Facebook post from “Humans of New York” about a young woman who is undocumented. We do not learn her name, but we do know that she is from the Bahamas and attends Queens College, CUNY. 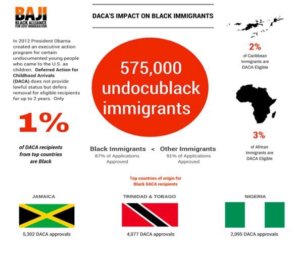 In the third activity, I shared that in addition to being a graduate student and their teacher, I am a member of the Citywide Council on English Learners with the New York City Department of Education. At our October 3, 2017 meeting, we passed a resolution in support of federal and New York State DREAM Act legislation, in particular Senate Bill S1625 and House Bill HR3440 that would automatically grant conditional permanent resident status to DACA recipients who still meet the requirements needed to obtain DACA. I told them that I know these are challenging times, and I am committed to advocating in every way possible to support all Americans, regardless of their citizenship status. I posted the draft of the resolution to our course website for further reading.

The final exercise that we did was to view the 17 minute documentary entitled “Living Undocumented.” The film explores the lives of six diverse undocumented immigrant youth. Some of the students featured attended CUNY schools, and the Director of the film, Dr. Tatyana Kleyn, is a professor at The City College of New York.

At the end of the class, I asked students to raise their hands if they learned something new about undocumented youth. All hands went up. As a follow-up assignment, students had to post a 250 word reflection to our course website discussing what they learned and how the student stories connected with our readings. Was I successful in repairing engagement? I’ll let you be the judge.

“After watching the documentary I thought how difficult it is for some people to live and get ahead in New York. I have seen many cases like this in my friends and family, who had to leave their studies and their dreams to be undocumented. It’s unbelievable to see how many of them enjoyed a normal kids and then realized they were not undocumented immigrants, it must be hard and frustrating to know that you do not have the same veneers as your friends with whom you grew up leading a normal life. But even more surprising is to see how they do not give up and use the obstacles as pretexts to get ahead and keep on top.”

“The connections I can make between the real life stories and the course readings on migration would be the people’s own experiences and reasons for going to America. Like Clarise and Dorine, the former NFL player and the high school student came to America in search for a better life. They all come from African backgrounds. Though for the characters in the readings, they came themselves to America in search for new lives and for the men in their lives that they loved, it was the parents of the real people’s stories that came to America years ago for the sake of the children. They had the hope that America would be doing so much better than the country they came from. But with how things have been going for DACA and The Dreamers, its going to be a constant battle until they finally reach their true goal in the end.”

“The real life stories of the undocumented youth the given course reading on migrations are similar. In “Living Undocumented”, one undocumented individual explained how being of Latino-descent he encountered racial profiling as well how effectively society viewed him. Undocumented immigrants continues to face ongoing discrimination as their title of being ‘illegal’ sticks to their foreheads. But, in reality describing these human beings as ‘illegal’ is just as disgusting and disrespectful. Instead of being labeled as ‘illegal’ these individuals should be called ‘undocumented’ instead. In Dove’s text, Claudette Colvin Goes to Work it inferred how an African-descent woman describes herself and questions/ argues at why society views her different. Both the real life stories and readings on migration connects with each other as how society has its impressions, racial profiling and discrimination still progresses.”

“I learned that potentially many undocumented youths don’t know they are undocumented until they try to make something of their lives. In the case of Jong-Min, he didn’t even know he was undocumented until after high school when he tried to apply to a hospital residency program. Timi had a similar experience. He was a football player who could not pursue his dreams because he was unable to travel and return to America. Personally, learning about these undocumented people has made me realize how much I take my life for granted. I was born in the U.S. so I never had the disadvantages an undocumented person has. Its saddening to think about how it must have felt to be living in America, basically your entire life, believing you’re American and then having all your hopes and dreams crushed.”

“My mind hasn’t changed about this topic. Me, being a DACA student myself was aware about most of the things taught in these videos. I can really put myself in their positions about the struggle and constant stress brought by the removal of DACA…The two literature s that relate to the videos are “Becoming American” by Deaux et al. and “The Secret of West Indians” by Model. They explain how immigrants tend to be more determined and more “active” than people who are born in the U.S and the same thing applies for first generation kids.”

“Immigration really makes me sad somehow. We all leave our countries for a better life; we leave behind the places where everything started and coming to an unfamiliar environment. Is been exactly three years when I came to NY. While I was reading the story of the girl from Bahamas, reminded me the time I came here. My mom was a nurse and my dad was a mechanic when they were in Albania. But, now my mom works as a babysitter and my dad as a security for some building. They told me exactly the same thing, “Go to college and get a degree if u don’t want to work like us”. Moreover, when I was watching the video “ Living Undocumented” Arline mentioned that “parents are the criminals” because they are the reason why some people are undocumented. That got my attention because parents sacrifice a lot since the day we were born and make sure you have a good and better life that they had.”

“A clear connection can be made between “Clarisse’s Cumberbatch want to go home”. And the undocumented youth, while Clarise was at the JFK a customs man took away some of her items because they were illegal, this same analogy could be used to represent the youth situation, as some of their rights are being taken out just instead of a customs man there is a complete system tracking and classifying them as illegals.”