On the “Romance” of the Humanities 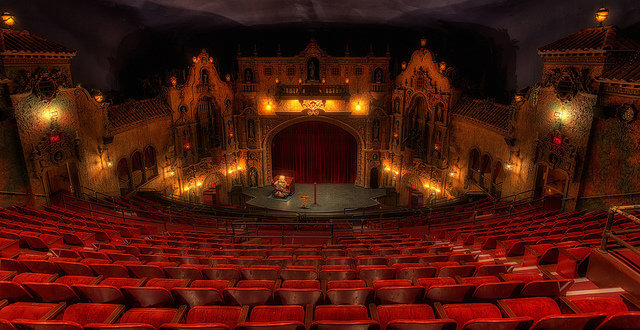 Humanities Alliance affiliates were lucky enough, last month, to engage with a panel featuring LaGuardia students reflecting on their path to studying within the humanities. And—as was clearly evident in the lively discussion the panel generated—many of us were also moved to reflect on the moments of inspiration that made our own presence in the room possible. After all, in my experience at least, the important memory of how one gets here is often lost in the professionalizing angst of putting time into a PhD program. So, in addition to treating this first post as an opportunity to introduce myself as a Humanities Alliance fellow, I thought I’d reflect on just that: my educational journey and how it informs my pedagogical assumptions and scholarly directions.

If you would have asked me at, say, sixteen or seventeen to project where I’d be in ten years, standing on the other side of the classroom would have been an unlikely answer. I was born into a musical family: my dad was a jazz musician who to this day owns and operates, with my mother, an instrument store in Tampa, Florida. If anything, I expected to stick around the store indefinitely, and formal education figured here only obliquely. I suppose there was the expectation that I would attend college, but it always felt that the content of education itself wasn’t the point. In truth, a conservative distrust of educational institutions was a part of my upbringing. Instead, college primarily represented, especially to my father (the kind of Italian American dad who would name his kids after characters from The Godfather), a symbol of intergenerational mobility. After all, neither of his parents had finished high school, and I would be the first in the family to get a college degree.

Because of all this, I’m now struck by how many different kinds of schools I moved through. After a full six years at public elementary school, I spent the next few at a private Christian school, of the rather fundamentalist kind that conspicuously skips chapters of the science textbook. (Early on as a college student, I would seriously consider majoring in biology almost entirely to be able to counter these sorts of ideologies; later, I realized that this impulse made me a better humanist than prospective scientist.) In short, I found it to be a stifling experience, though I now think back with some amusement at being called to the vice-principal over reports of my “devil worship.” The offense: dyeing my hair purple.

And so I made the move back to public school and, following my musical interests, ended up in “magnet” programs for the performing arts. One of these schools was something of a hybrid institution, located near downtown Tampa, serving predominantly students of color from the surrounding neighborhood while also bringing in a cadre of performing arts students from around the city, including myself. I have vivid memories now of the rigid separation between these two worlds, represented in an image of the lunch hour: if you didn’t know any better, you’d be forgiven for thinking that the lunch room had been intentionally segregated right down the middle. There was also a heavy sense of surveillance, from the palpable police presence to the metal gate descending with the first bell, locking us in. But, at the same, it was also obvious as a “magnet” student that this disciplining gaze was turned not on us, but on behalf of us. In one institution, it represented the inequalities and hierarchies structuring education more broadly.

I continued to move around and my last few years of high school were spent…well, nowhere. I finished high school taking “virtual school” courses while traveling and recording in a rock band. My only strong memory here is the comedy of taking P.E. online. (“Why, yes, I ran a mile today…and in record time!”) By the time it came to consider colleges, the band had begun to implode and I had no clear sense of what else I might do. In retrospect, the semester spent at St. Petersburg College, at the small community college campus in Tarpon Springs, Florida, represented something of a clear turning point in terms of studying within the humanities. Taking mostly introductory writing and applied philosophy courses, I was shocked not only to find myself doing well, but having the opportunity to engage with political questions that, in nearly every previous stage of schooling, seemed to be shut down.

In the spring of that year I moved to the University of Tampa where I gravitated towards English and writing: for one, I found the “performative” aspect of writing and workshopping to be a substitute for musical performance. At the same time, I initially found it hard to respond to the omnipresent questions at home—“What are you going to do with that?”—which reflected an image of humanistic study as a kind of indulgence and English as mostly an elitist exercise in correcting other people’s grammar. Worse yet, I had the sneaking suspicion that such views were not completely without reason.

It was the exposure to the work of Paulo Freire and the tradition of critical pedagogy that helped me begin to work through these suspicions. Freire (and other important influences like bell hooks, Henry Giroux, and Peter McLaren) offered a theoretical language for why I had found schooling—whatever the guise—to be so unsatisfying. We’re trained, even given contradicting experiences, to regard education as a uniform site of social mobility, economic empowerment, and self-affirmation. Yet, Freire famously describes the current-traditional classroom as reflecting the political structure of a dictatorship and working, primarily, to reproduce inequitable social norms.

Such ideas helped me to make sense of the discrepant institutional structures of the schools I had passed through, but also inaugurated me into a theoretical discourse that served an important politicizing function in relation to my budding interest in literary studies. Like my previously commonsense assumptions about education, I tended to focus on literature’s “humanizing” aspects. However, such a notion is never politically innocent or inherently progressive, as literary studies—like many humanities disciplines—is inseparable in its modern guise from histories of colonial dispossession and epistemic erasure. Indeed, it was an earth-shattering experience as a student to learn that the discipline of English literature originated not in England, but rather in colonial India: imbricated in the attempted creation of, as British statesman Thomas Babington Macaulay’s “Minute on Indian Education” (1835) put it, “ a class of persons Indian in blood and colour, but English in tastes, in opinions, in morals and in intellect.” So, though critical pedagogy articulates a subversive and liberatory vision of the humanities, it must also be acknowledged that the humanities are not and were not necessarily reflective of this. Of course, it’s also true that the humanities are uniquely under assault in the current political climate: their potentially critical orientation has not gone unnoticed in the halls of power.

Still, the intervention of critical pedagogy was necessary to introduce me to a politically romantic vision of humanistic study linked to a broader conception of radical democracy. But this romanticism would be rudely (and necessarily) challenged when I was actually thrown—Graduate Center fellows know this verb is accurate—into the classroom. I realized right away that translating a primarily theoretical discourse into concrete classroom practice is no easy conversion, that it’s quite easy to fall into the role of Freire’s dreaded “banking concept” teacher, even if articulated through an iconoclastic rhetoric. I have had to relearn how to learn—a life-long process, after all. I’ve gotten to know students with serious aspirations to make change in the world: true “organic intellectuals” in Antonio Gramsci’s sense. But I’ve also gotten to know students facing tremendous challenges. They have reminded me that the desire to forge a more egalitarian human condition is the subject of the humanities in its best sense.

Teaching and observing CUNY students at both senior and community colleges has also reminded me that the “romance” of the humanities is not to be taken away. To do so would be to accede to ideological divisions that marginalize humanistic study by accepting the harmful premise that such “frivolity” is primarily suited for more privileged students. It would be to reproduce very old political distinctions that still influence institutional hierarchies separating the “vocational” domain from “elite” sites deemed appropriate for the life of the mind. Community colleges, in particular, occupy a crucial position both within and in resistance to this disciplinary stratification. Neoliberal ideologies conceiving of community colleges as narrowly-defined “job training” sites serve to reproduce these distinctions. Conversely, humanities study at the community college level can play a crucial role in rejecting this essentially anti-democratic colonization of student aspirations and instead invite students to produce organic scholarship aimed at reshaping the current order of things. As a Humanities Alliance fellow, I’m looking forward to continuing to learn from mentors, peers, and students about how to better transform my classroom into the efficacious democratic space this moment demands. 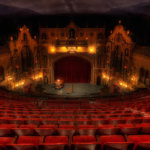