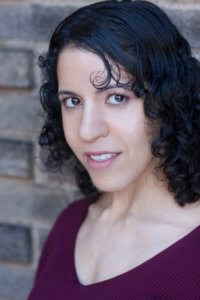 Ambar Castillo was recently awarded a Fulbright grant to do research for a year in India.  Ambar received a Pulitzer fellowship to investigate how community based organizations create culturally adaptive health prevention programs for transmittable diseases, non-communicable illnesses and basic hygiene campaigns.  She will continue her research on the intersection of theater arts and health education in Gujarat state in India.

Ambar Castillo is a writer, actor, and student advisor with a B.A. in Latin American Studies/Journalism from Boston University. Ambar’s writing and research on women’s, immigrant, and health issues and arts programming have garnered several awards, publications, and dramatic readings at LaGuardia Community College, where she is a Theatre major, as well as at Inviolet Theatre Company. Ambar’s acting roles have ranged from cross-gender ones in Boston-based William Suspension Productions to a role in “Vagina Monologues” with Athena Players and that of a mayfly at LaGuardia, for which she earned a 2017 Irene Ryan acting nomination. As a 2018-2019 Fulbright India researcher, she will study performance-based initiatives to combat social problems, continuing the work she pursued as a Pulitzer Center Reporting Fellow in Gujarat last summer. 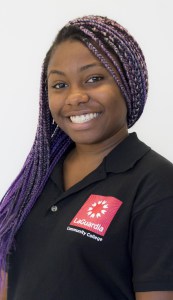 Telijah Patterson, received both the Critical Language Scholarship to study Chinese language in China this summer followed by the Gilman Scholarship to support her 4 week internship in Shanghai, China.  She was one of 2000 students selected for an international Internship from an applicant pool of 30,000.  In total she received 5 scholarships to support her pursuit of fluency in Chinese.

Telijah is a proud, non-traditional, honors college student and winner of three prestigious study abroad scholarships including the Benjamin A. Gilman and Critical Language Scholarship both managed by the Department of State. During her gap years she traveled, gained vocational industry certifications, and participated in national service. In 2015 she joined City Year, an AmeriCorps program that aids students in high needs schools. While at City Year she discovered her passion for social justice. The next year she enrolled as a student at LaGuardia Community College. When she’s not working or studying, Telijah dedicates time volunteering at or planning community events. Telijah lives by the mantra that “Service to others is the rent you pay for your room here on earth.” She actively seeks out and is involved in numerous leadership activities. Telijah is currently working towards her Associate of Arts in International Studies. One of her ambitions is to work at the intersection of education, technology, and intercultural communication by starting a network of  tech-focused bilingual schools in the U.S. targeting highly ambitious students in underserved communities with sister campuses in rural China!