Thinking About Our Final Assignment 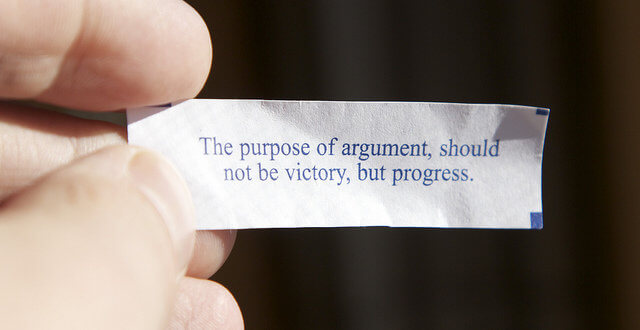 In that my course is about critical thinking, I have sought to come up with assignments that can prompt students to both apply what they’ve learned so far in class, as well as to question their own thinking and assumptions about the world. The final assignment for our class is a short essay, two to three pages. The paper format is straightforward—asking that the student take a position on a topic and support it with reason and evidence. Coming at the end of our semester, the idea for this assignment of course is to give the student an opportunity to apply key concepts that we have learned about and discussed: questions of belief, evidence, logic, argumentation, moral values. For our midterm, in lieu of an exam, I assigned a similar essay exercise, but with the expectation that the students were still of course struggling through many of these questions. My intent is that in doing another essay at the end of the semester, the students can see their own progress, and how our course has helped to provide not just tools with which to think, but to think about thinking and communicating.

I had initially considered having the students do a revision of their midterm paper for the final, so that they might apply what they’ve learned in order to improve or strengthen an argument that they initially put together with fewer resources at hand. I decided, however, to take a different tack here and gave the students write entirely distinct essays. For the midterm, I issued a very specific topical prompt (discussed in class and outlined in a written assignment handout), in this case asking them to take a position on mayor De Blasio’s proposed Brooklyn-Queens waterfront streetcar project. Rather than issue a topic again, I decided to link the final, on the other hand, to our in-class debates (to be held the next to last week of the semester). For these debates, students pair up and spend two weeks in preparation of delivering a debate on an approved topic of their choice. Working together as a team, each pair will put together and deliver opposing arguments on their topic. My reasoning here is that students will have the opportunity to understand a problem more thoroughly, and more effectively, if they engage in the collaborative exercise of understanding what it would take to both hold a particular position, as well as to argue against it. For the final essay then, the student will take up the opposing argument to that which they articulated in the debate.

My rationale here then is that not only will the final essay help students to better see the utility of the concepts that we have learned over the semester, but also to have them do so with a topic that they will now have some invested interest and familiarity. In not only working together with a teammate to put together opposing arguments, but then having to make the further step of arguing against themselves in the final essay, students will gain a practical understanding of the utility of taking opposing viewpoints and positions seriously. Such an understanding, of course, can greatly strengthen our ability to not only critically (and fairly) assess other peoples’ arguments, and issues in society, but to also formulate and put forward coherent, persuasive, and strong arguments ourselves. Further, my aim here is also to give students an opportunity of engaging in an argument on their topic in both spoken and written form, in order to see how these different communicative forms require both similar and different rhetorical strategies, but also draw on and challenge different sets of skills and experiences. Whether a student is more comfortable speaking in front of an audience, or writing, they will have the opportunity to do engage in both exercises.

The basic outline of the debates, the final paper, and the relationships between them has been discussed at length in class. I introduced these assignments at the very beginning of the semester, so that students would understand what was expected of them, how these activities fit together, and the reasoning behind my choices. I have followed up on this over the course of the semester, in light of particular material that we are looking at (e.g. justification of belief; problems of perception and viewpoint; logic, argument forms, and fallacies). In terms of grade weighting, the final essay counts for only 10% of the total course credit. Participation in the in-class debate counts for another 10%. The rationale here was to lessen the significant anxiety and pressure that students often face with final writing assignments, to lower the stakes enough to help the student to not feel overly intimidated and overwhelmed. Final papers will be returned to students as track changes, with comments. In that this is the first time I have designed my own course, I am open to ways to improve my assignments, in relation to the larger arc of the class, and to better serve and challenge students. I expect that through student performance, feedback, and self-reflection I will discover how effective this strategy ways, and then make decisions as to whether I want to use it again, and if so how I might improve it.